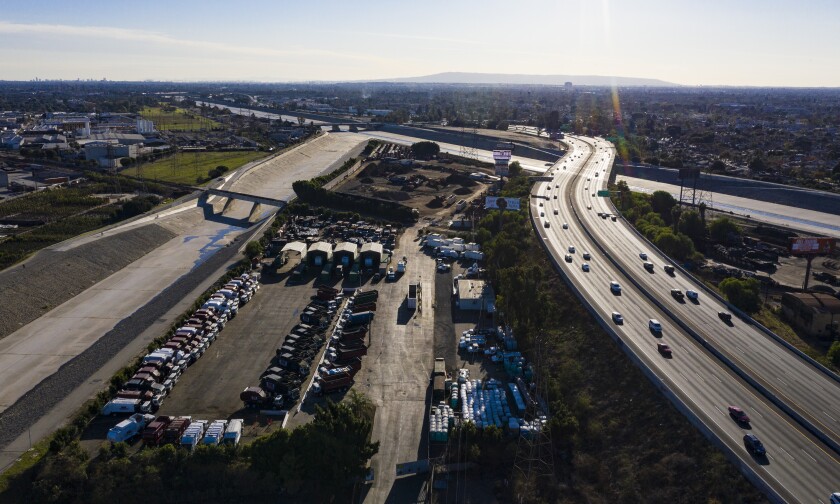 Los Angeles, CA — Today, the Los Angeles County Board of Supervisors, led by Supervisors Janice Hahn and Hilda Solis, voted unanimously to establish environmental justice and climate health as official Board Priorities for the County of Los Angeles. They also voted to create an Office of Environmental Justice and Climate Health within the Department of Public Health.

The move is part of Supervisor Hahn’s effort to change LA County’s approach to environmental justice and health hazards from a reactive one to a proactive one.

“This Board has demonstrated its dedication to environmental justice and climate health, but our approach has been reactive and too often after a situation reaches a crisis level,” said Supervisor Hahn, who authored the motion approved today. “We need to change our approach, bake environmental justice and climate health into our work Countywide, and be proactive about preventing the burdens of industry from impacting our most vulnerable communities.”

With today’s action, the Board will rename and revise the current Board Directed Priority of “Environmental Health Monitoring and Oversight” to “Environmental Justice and Climate Health.” The Board also directed the Department of Public Health to report back in 120 days with a plan to create an Office of Environmental Justice and Climate Health, a plan to consult with local environmental organizations, a comprehensive set of policy areas that could be pursued to reduce public health disparities in communities overburdened by pollution exposure and poor air quality, and identification of data that could be used to better understand environmental conditions.

“In wake of environmental threats the County has faced in the past decade and the evolving threat of climate change, I am elated to partner with Supervisor Hahn in setting the stage for a newly created Office of Environmental Justice within our Department of Public Health to safeguard public health,” shared Supervisor Solis, who co-authored the motion. “As the Board continues to prioritize environmental and climate health, it is critical that we take bold steps in our actions to proactively mitigate and respond decisively to acts of environmental injustice.”

Supervisor Hahn represents many communities in Los Angeles County which have been overburdened by pollution, including the communities surrounding the ports of Los Angeles and Long Beach, the City of Paramount which has had to deal with the prevalence of excessive levels of hexavalent chromium resulting from metal forging, the City of Walnut Park where the EPA is investigating contamination from Central Metals, cities along the I-710 freeway impacted by the pollution generated by truck traffic, and many communities impacted by the contamination from the Exide battery plant.