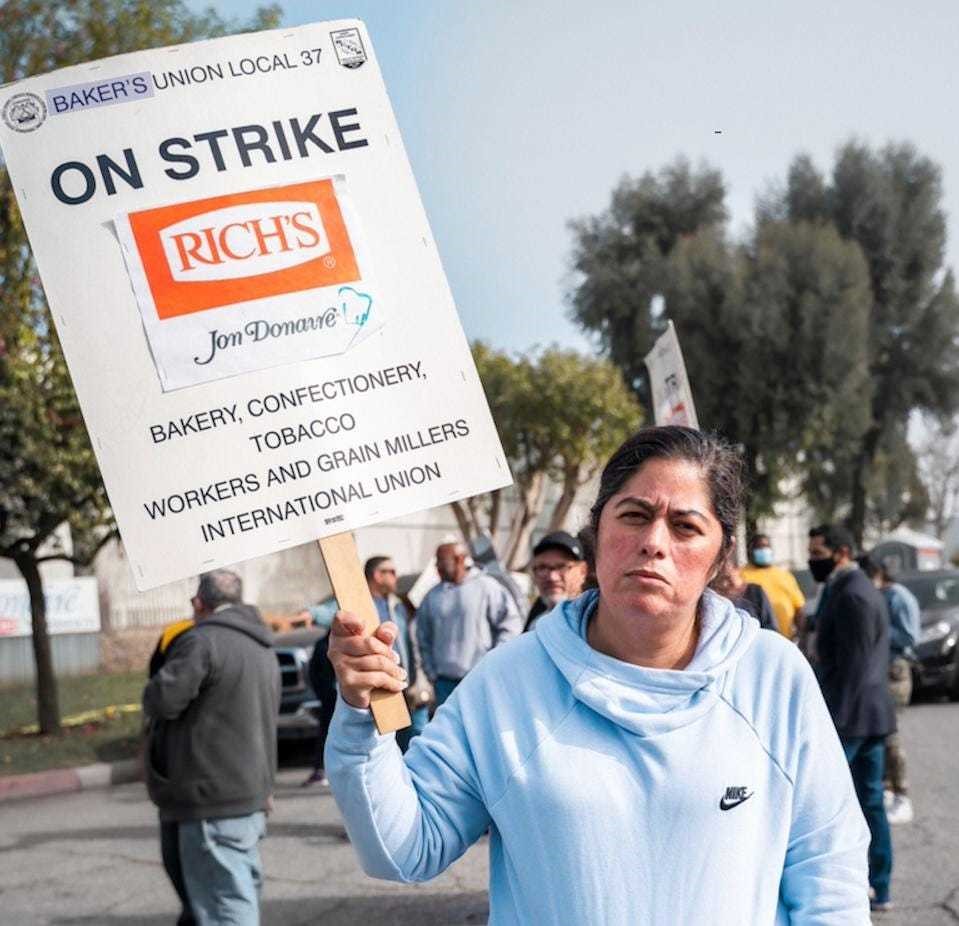 Norwalk, CA – During today’s meeting of the LA County Board of Supervisors, Supervisor Janice Hahn named Cristina Lujan Woman of the Year for the Fourth District. Lujan emerged as a leader of a recent workers’ strike for fairer compensation at the Jon Donaire Desserts in Santa Fe Springs.

“I was honored to have had the chance to walk the picket line with the workers of Jon Donaire Desserts, side by side with Cristina. Now it’s our turn to honor her,” said Supervisor Hahn after announcing the designation.

Lujan and her fellow members of the Bakery and Confectionery Workers International Union of America at the Jon Donaire Desserts plant in Santa Fe Springs were on the picket line for 113 days, including through Thanksgiving, Christmas, and New Year’s. An agreement was reached with management late last month that gives workers better wages and benefits, more reliable schedules, and safer working conditions.

A daughter of Mexican immigrants who grew up in Whittier, Lujan now calls Norwalk home. She has worked at Jon Donaire for 19 years. Outside of work, Lujan enjoys reading and spending time with her children, Angela, Efren, and Jose Luis.

“She embodies the sacrifice and commitment to justice that should be an inspiration to us all,” added Supervisor Hahn. Lujan’s commitment to her work, to making her workplace fairer for all, and to her family serves as a reminder of the immense role that women play in making our communities thrive.

Lujan, as well as the honorees from the other Supervisorial Districts, will be honored in a ceremony on Monday, May 9, organized by the Los Angeles County Women’s Commission.