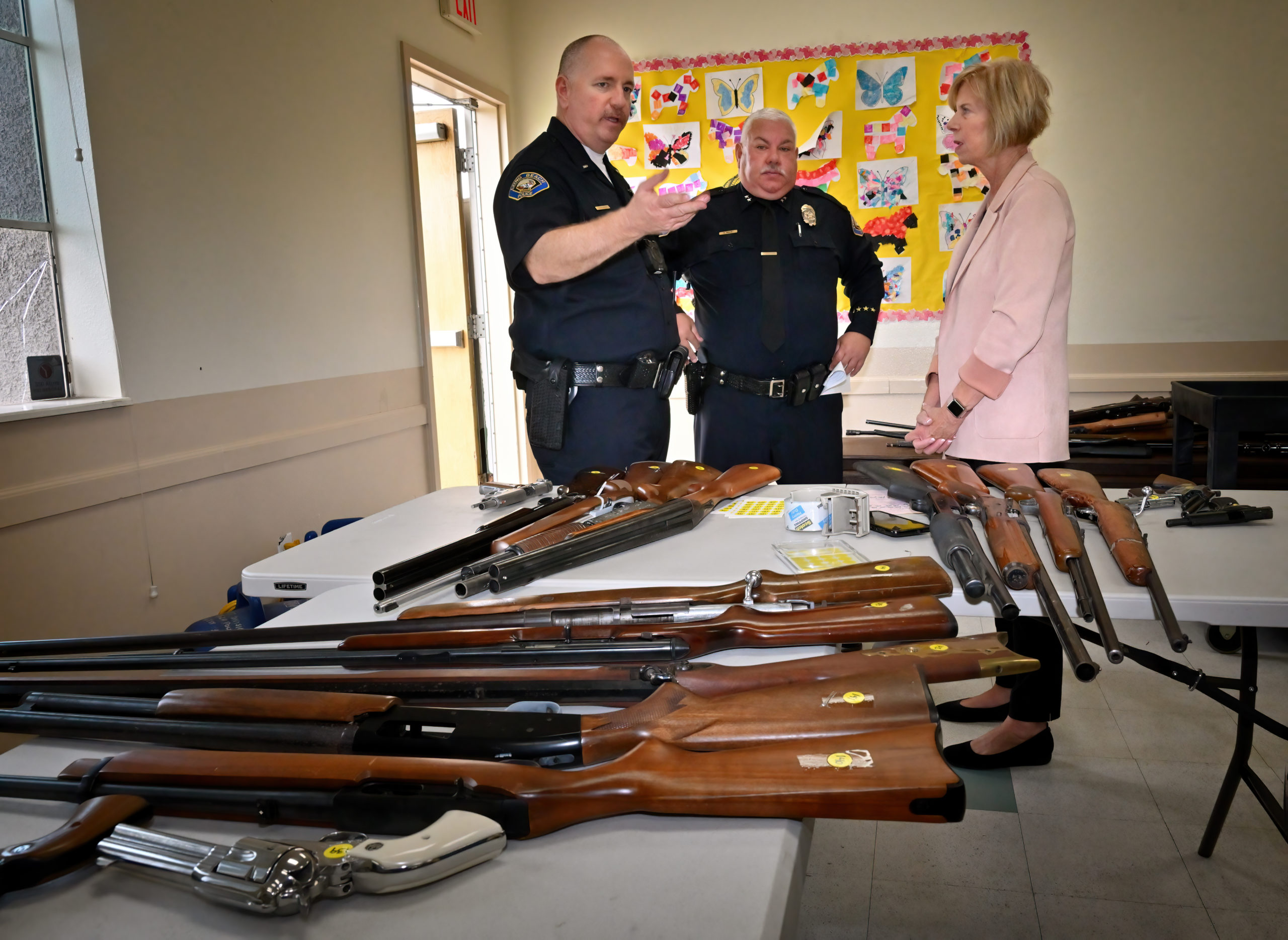 “We know that there is a direct correlation between the number of guns in a community and gun violence,” said Supervisor Janice Hahn. “I appreciate Attorney General Bonta’s efforts to address gun violence statewide and in the meantime, I am going to continue to hold gun buy-back events like this one across my district to get as many guns as I can off the streets to make our communities safer.”

The drive-thru event provided residents an opportunity to turn guns in, no questions asked, in exchange for gift cards. All firearms surrendered at the event will be destroyed, eliminating a significant threat to public safety in the community.

“At the California Department of Justice, we are fighting to keep weapons of war off our streets, defending our gun laws in court, confiscating illegally held firearms, and cracking down on untraceable ghost guns,” said Attorney General Bonta. “We know we can’t do it alone — we need to fight the gun violence epidemic at every level. This is important work, because a fundamental reality of gun violence is that where there are more guns, there are more gun deaths. Community-based efforts, including today’s gun buy-back event led by Supervisor Hahn, are part of the solution.”

“As part of our priority to reduce violent crime, I am pleased that the Long Beach Police Department have been able to partner with Supervisor Janice Hahn on this Gun Buy-Back operation”, said LBPD Chief Wally Hebeish. “The Gun Buy Back operation provides a safe environment for individuals to turn in firearms and contribute to improving public safety in our community.”
In May, Supervisor Hahn sponsored a similar event with the LA County Sheriff’s Department in the city of Lynwood that took 365 guns off the streets. The Long Beach event is the product of collaboration between the Office of Supervisor Hahn, which purchased the gift cards, and the Long Beach Police Department, whose officers are responsible for accepting and destroying the firearms.

At the event, residents received gift cards of varying value depending on the weapon surrendered: