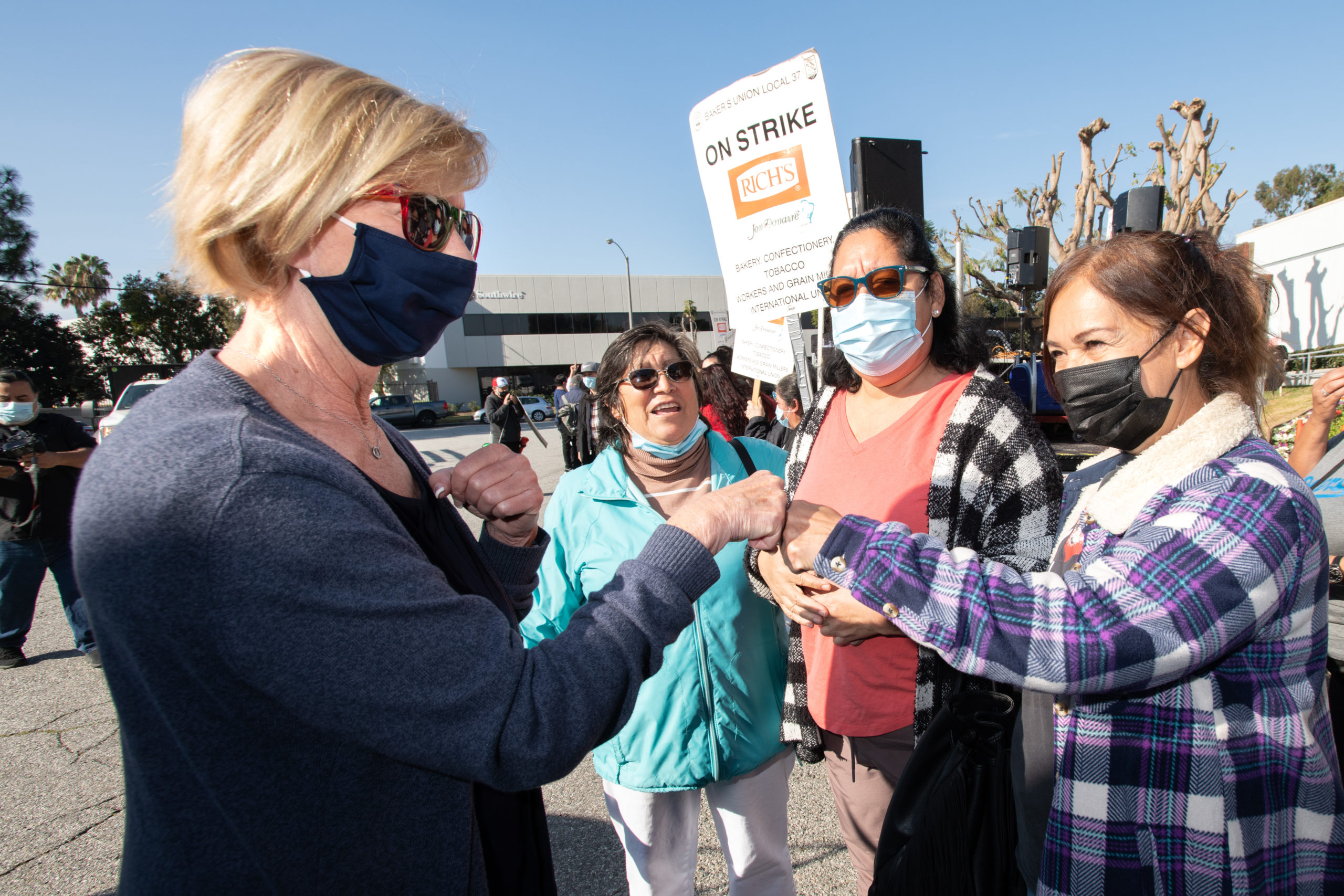 Santa Fe Springs, CA – LA County Supervisor Janice Hahn is congratulating the Jon Donaire Desserts workers who have approved an agreement and ended their strike after 113 days on the picket line.

“These women and men have spent 113 long days on strike,” said Supervisor Hahn. “They spent Thanksgiving, Christmas, New Years, birthdays, and every day in between on the picket line– often in the cold and in the rain. This victory belongs to them.”

The Jon Donaire Desserts production plant is located in Santa Fe Springs. The workers, most of them women, are part of the Bakery, Confectionary, Tobacco Workers and Grain Millers International Union Local 37, and were on strike since early November. They primarily mass produce ice cream cakes that are sold at locations including Baskin Robbins, Cold Stone, Red Robbin, Walmart, and Vons. This job is labor intensive, with as many as 38 cakes per minute moving down the production line, and these workers had been routinely forced to work mandatory overtime with little to no notice.