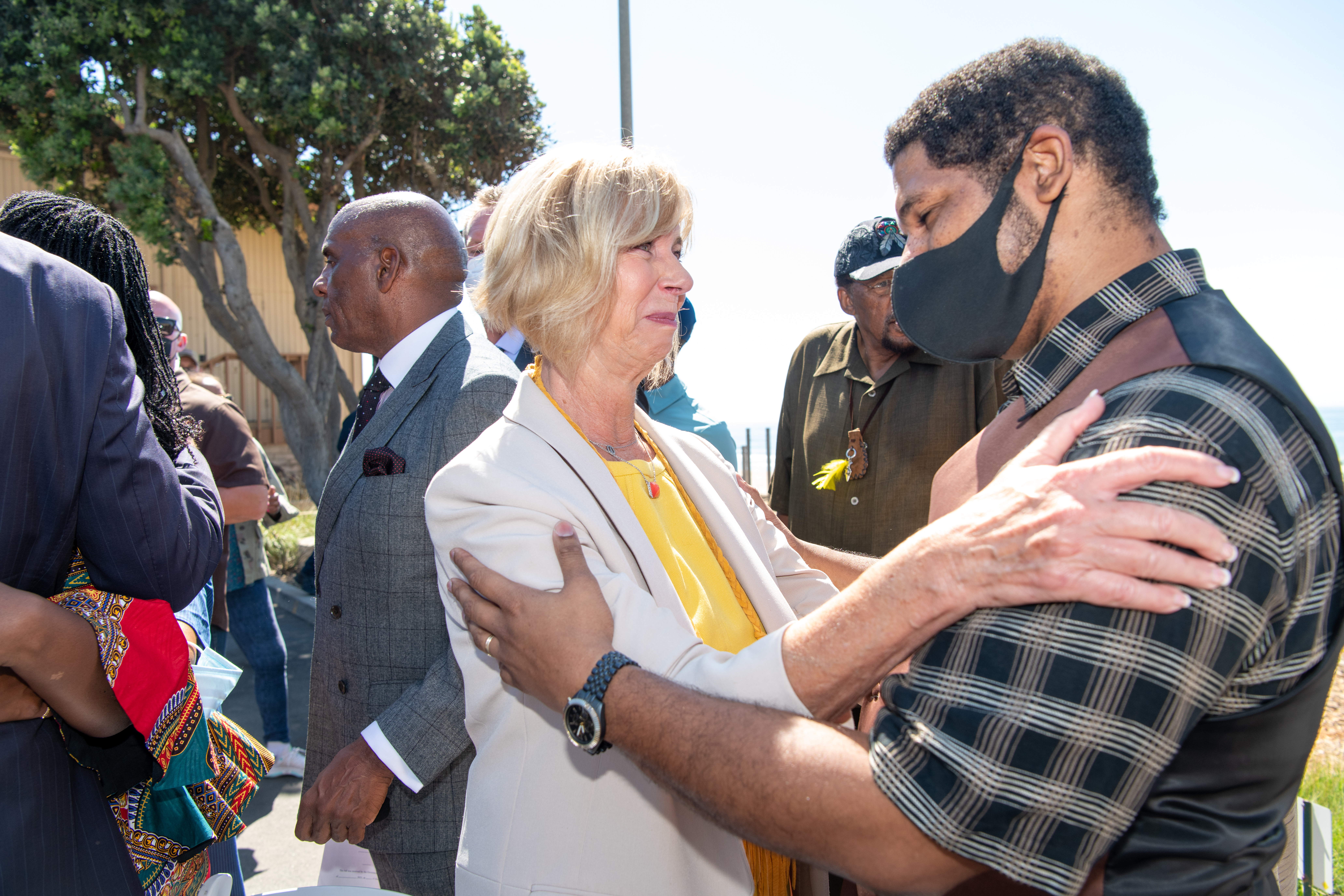 Los Angeles, CA — Today, the Los Angeles County Board of Supervisors unanimously approved a motion from Chair Holly J. Mitchell and co-authored by Supervisor Janice Hahn that returns Bruce’s Beach to the great-grandsons of Charles and Willa Bruce. Marking the first time in the history of Los Angeles County that land will be returned to Black descendants whose ancestors were robbed of their property and generational wealth due to unjust laws and practices rooted in systemic racism.

“It is never too late to right a wrong. Bruce’s Beach was taken nearly a century ago, but it was an injustice inflicted upon not just Willa and Charles Bruce but generations of their descendants who would, almost certainly, be millionaires today if they had been allowed to keep their beachfront property” said Supervisor Janice Hahn, representing the fourth district. “By returning this land to their great grandsons, the Bruce family will finally have the opportunity to start rebuilding the generational wealth that was denied them for decades. This will be the first land transfer of its kind, but it cannot be the last. I hope we set a precedent that governments across this nation will follow.”

“Bruce’s Beach has always been so much more than a scenic location to enjoy the California coast. It was a refuge for Black families who came from across the state when racist laws wouldn’t allow for any other safe beach going options. It holds the memories of countless Black families, the deep pain of multi-generational loss, and the hope that comes from facing the heinous acts of our past and having the courage to do what is right today” said Los Angeles County Board of Supervisors Chair Holly J. Mitchell, representing the second district. “I am deeply honored to stand with the Board in completing this unprecedented return of land to the descendants of Charles and Willa Bruce. Manhattan Beach which was previously part of the fourth district and is now in the second district, has a new chapter in our shared history that exemplifies how we can begin to meaningfully address long-standing injustices in this County and nation.”

The transfer agreement is the culmination of years of advocacy and has taken several steps to set the County on the path to legally return the land. Los Angeles County Supervisor Janice Hahn, alongside Supervisor Mitchell, originally announced her intention to return the Bruce’s Beach property to the living descendants of Willa and Charles Bruce in April 2021. However, at that time the County was unable to transfer the property due to limitations placed on the land by the State. Supervisor Hahn reached out to State Senator Steve Bradford who authored SB 796, which codified into law the County’s ability to transfer the piece of public property back to private ownership.

The land being returned to the legal heirs of the Bruce family are lots 8 and 9 of Peck’s Manhattan Beach Tract, an estimated 7,000 sq ft that has been appraised at a value of $21 million. These lots are currently being used by LA County Fire Department as a lifeguard training facility. The motion authorizes the County to lease the property its lifeguard training facility is located on from the Bruce Family, LLC annually for $413,000.

The Bruce’s family operated a thriving resort, welcoming to Black patrons when legal segregation kept Black families from accessing California public beaches up until 1929 when the City of Manhattan Beach condemned the property. Through government actions, the Bruce’s family lost their land, business, their home and generational wealth. This is a historic moment for the County in its process of addressing current and historic prejudice under its Anti-Racism, Diversity, and Inclusion initiative.

“This is a day we weren’t sure would ever come, the return of our family’s property happened thanks to the hard work of many, many people. It means the world to us, and we know how important this is to people across the country. But it is also bittersweet. My great-great-grandparents, Willa and Charles Bruce sacrificed to open a business that gave Black people a place to gather and socialize, and Manhattan Beach took it from them because of the color of their skin” said Anthony Bruce, spokesman for the family. “It destroyed them financially. It destroyed their chance at the American Dream. I wish they could see what has happened today. We hope this opens people’s eyes to a part of American history that isn’t talked about enough, and we think it’s a step toward trying to right the wrongs of the past.”

“I am extremely proud to have authored Senate Bill 796 that allowed the County of LA to transfer the Bruce’s Beach land back to its rightful heirs, the great-grandsons of Charles and Willa Bruce. I commend Supervisors Janice Hahn and Holly Mitchell’s leadership in standing up to address racial injustice and having the courage to right historical wrongdoing,” said State Senator Steven Bradford. “The County’s plan will accomplish my legislation’s objective of rectifying the historic injustice that was done to the Bruce family. This will allow the Bruce family to realize the generational wealth which they have been deprived for generations, simply for being Black in America! We cannot change the injustices done to our people in the past, but we owe it to the future generations to eliminate structural and systemic racism that still exist today.”