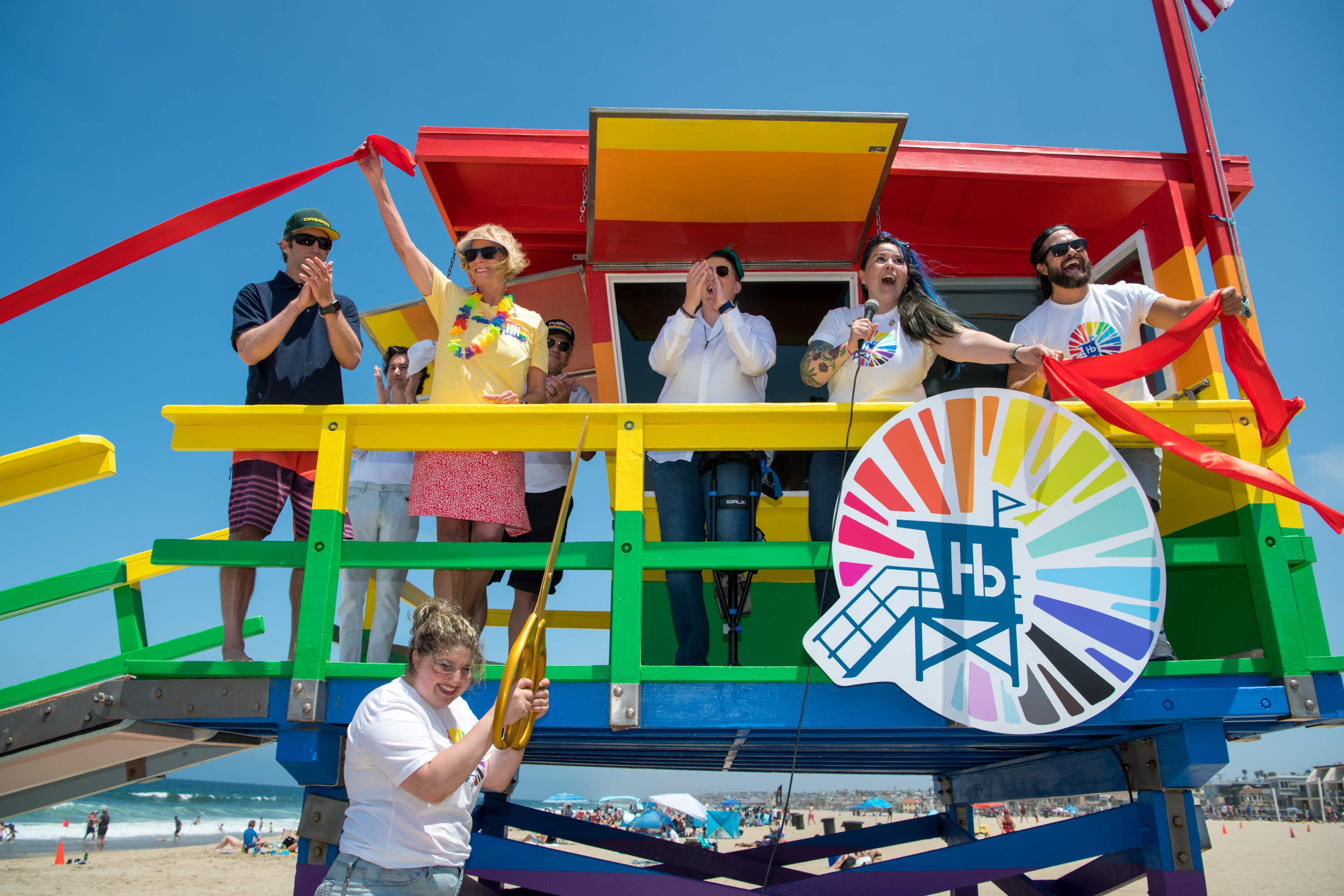 Hermosa Beach, CA — Los Angeles County Supervisor Janice Hahn is announcing that the Pride Tower in Hermosa Beach is here to stay.  The 13th street Los Angeles County Lifeguard Tower, which was painted rainbow in June, was originally meant to be repainted its original blue color at the end of summer.  The rainbow paintjob will now be permanent.

“The rainbow tower is beautiful and has become a symbol of this community’s love and support for LGBTQ rights,” said Supervisor Hahn, whose support paved the way for the project. “None of us wanted to see it painted over and I am proud to announce that the Pride Tower is here to stay.”

The idea to paint the tower originally came from lzzy Bacallao, a local non-binary teen. Izzy, who uses the pronouns they and them, was responding to the burning of rainbow-painted Pride lifeguard tower in Long Beach in March. The rainbow-painted tower was unveiled at the Hermosa Beach Pride event June 26, 2021.