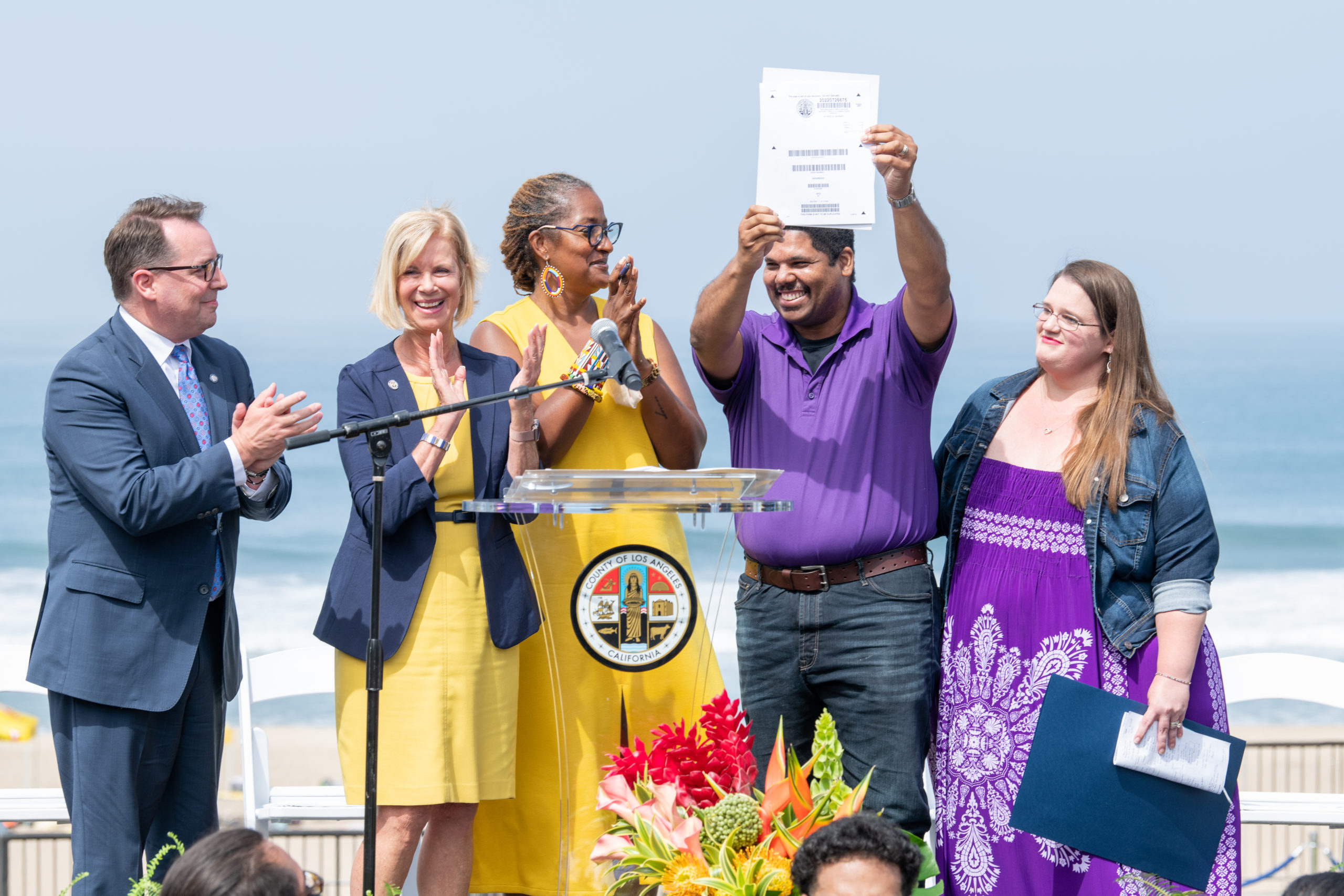 Manhattan Beach, CA– This morning, less than two years after she announced her intention to return Bruce’s Beach to the Bruce family, Los Angeles County Supervisor Janice Hahn celebrated the official transfer of the property to the great grandsons of Willa and Charles Bruce.  Hahn joined Supervisor Holly Mitchell, Senator Steven Bradford, members of the Bruce family including Anthony Bruce and Derrick Bruce, and local activist Kavon Ward for a ceremony at Bruce’s Beach to mark the occasion.

“When I met with our County lawyers last year and said I wanted to return this property to the Bruce family, they told me nothing like it had ever been done before. No government in this country had returned land that was taken from a Black family unjustly. They said the work ahead of us would be unprecedented. Now, we are sending a message to every government in this nation confronted with this same challenge: this work is no longer unprecedented. We have set the precedent and it is the pursuit of justice.

We can’t change the past. And we will never be able to make up for the injustice that was done to Willa and Charles Bruce nearly a century ago. But this is a start. ”