Racism and discrimination are not just legacies left behind by other parts of the country — they have happened right here in our own backyard. Here in my District, in Manhattan Beach, a Black family had their American Dream taken from them solely because of the color of their skin.

Willa and Charles Bruce bought Bruce’s Beach in 1912 and turned it into the West Coast's first beach resort owned by and meant for Black Americans. Many other families followed suit and for twelve years, this beach and the surrounding area served as a rare opportunity for Black families from all over to enjoy what so many of us take for granted — a day at the beach.

But in 1924, following years of complaints from white neighbors and even attacks on the resort by the KKK, the City of Manhattan Beach seized the land from the Bruce family using eminent domain under the pretense of building a city park. Willa and Charles Bruce fought this discriminatory move in court, but the City prevailed and the Black property owners and beachgoers were forced off the property in 1929. No park was built, and the land stayed empty for decades.

When I heard this story, I knew there was only one thing to be done: Return the land Bruce's Beach stood on to the descendants of Charles and Willa Bruce.

On April 9th, I joined local leaders and advocates such as Supervisor Holly Mitchell, State Senator Steven Bradford, and Assemblymember Al Maratsuchi as well as Duane Yellowfeather Sheperd, a spokesperson for the Bruce family, to formally announce that we plan to give Bruce's Beach back to its rightful owners. 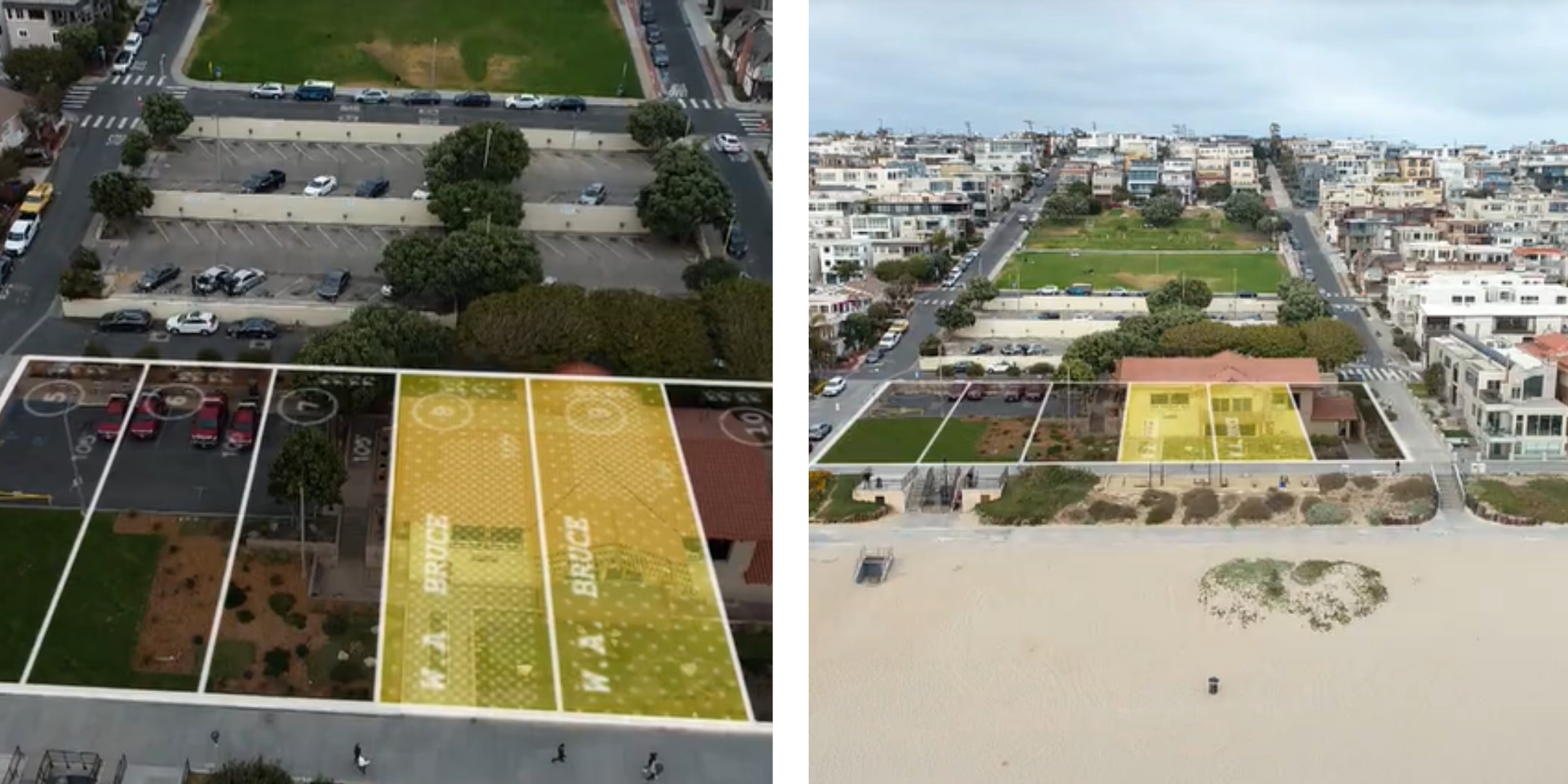 Pictured: The land to be returned to the Bruce family
Credit: 60 Minutes

And at our Board of Supervisors meeting on April 20th, Supervisor Mitchell and I introduced two proposals that passed unanimously to beg the process of returning the land. Here's what they do:

I hope our work here will be a model for other governments to follow. By moving to return Bruce's Beach to its rightful owners, we have the opportunity not only to right a wrong that happened in our own backyards, but also to be an example of to the rest of the nation on how governments can act now to correct historic injustices. We should — and will — take that opportunity.